Welcome to Power of… a Marvel Champions Monthly spin-off series that is all about a singular hero. In this series, KennedyHawk and a rotating special guest look in depth at one hero showing off a fun deck-build with each aspect. This month we look at Spider-Man and how he jams with all 4 aspects in unique ways with special guest Andy-N!

Welcome to Marvel Champions Monthly – a podcast about the game Marvel Champions. Today your hosts are KennedyHawk and Crimson with special guests BananaCrapshoot (from the Side Scheme) and Andy N (youtube) from the community facebook group. Normally in a game of champions, your aspect very much defines your “role” on the team in a multiplayer setting. Today – we go over alternate roles each aspect can play by going over four decklists. Be on the lookout for more Role Player episodes on the main MCM show as we juggle around these roles! 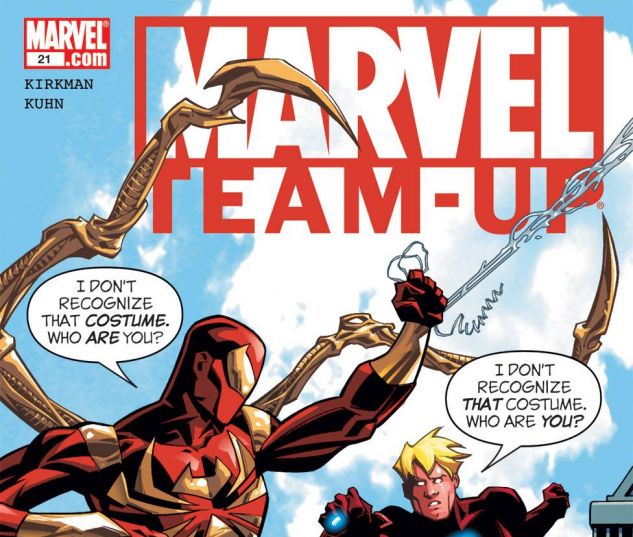 The Possibilities Are (soon to be) Endless

When the Marvel Champions Core Set first dropped, we were given five heroes, three villains, and five modular encounter sets, not to mention four aspects. This provided an amazing amount of variety straight out of the core set:

One area of only modest variety, however, was in the realm of hero team-ups.

Some play 3- or 4-player Marvel Champions, many play solo with just one hero, but some play solo with two heroes and easily the most-played multiplayer format is 2-player. In the Core Set, there were a mere 10 hero team-ups available:

Then again, with all of the different aspects available, there was still a significant variety of play possible – there are 16 different hero-aspect combinations with any two heroes, so from that perspective there’s 160 unique team-ups. The point remains, however, you could only make 10 different two-player hero pairings.

That has changed with every release since the Core Set, but I’m here to tell you, it is about to get WILD.

Captain America added five new combinations (one team-up with each of the core set heroes). Ms. Marvel added another six, Thor another seven, Black Widow another eight, and now Doctor Strange another nine.

That brings us to a current 45 possible team-ups!

From here on out, starting with Hulk, every hero released will add ten or more possible team-ups. The formula is simple: each hero adds x-1 possible team-ups, where x = the number of now-existing heroes.

That means that, after Hulk the 11th hero adds ten, Spider-Woman and Hawkeye add twenty-three more possibilities, bringing our total number of team-ups to 78 post-Rise of Red Skull.

With 78 team-ups, each with 16 possible aspect combinations, and 166 different scenarios… that’s 207,168 (two-hundred seven THOUSAND one-hundred sixty-eight) possibilities. Multiply by two or three if you include the different difficulty modes (Standard, Expert, Heroic).

That’s a heck ton of possibilities and certainly we want to win in more than just one possible future.

How will the rapid expansion of hero team-ups and villain / encounter match-ups affect Marvel Champions and the community?

I want to hear your thoughts!

P.S. Another thought: any given hero – think Thor – has only the four aspects to choose from to face a villain. But that same hero – again, think Thor – has 16(x-1) possible hero-aspect combinations available to them. So currently, Thor has 144 hero-aspect combinations to face a villain. What does that mean for how we rank heroes or even understand the game?

Connect with the MCM Crew